During the early 2000’s, more and more companies started implementing teleconferencing into their work schedules, leading to the boom of video interviewing. Not only do these platforms help the interviewer, but they also provide the candidate with tools to enhance their interviewing skills. This helps the interviewee take ownership of the interview, which has been proven to allow them get to know each organization much more. According to Imo Udom, video conferencing is perhaps the best way to simplify the interviewing process.

“We see some of this today, with machine learning working to uncover patterns and build predictive models based on successful interviews and performance data from the recruiting lifecycle.”

Recruiting the perfect employee for a specific role or project requires asking direct queries that will provide you with insight on whether or not each candidate is the right fit. If confidence is a characteristic that you’re looking or, ask them to explain something to you that they know a lot about within five minutes. If you’re more focused on a long-term vision, ask them how they personally define success. A willingness to learn can be seen when asking the interviewee what they would like to become better at.

“Generic questions simply won’t cut it. If you want to elicit thoughtful, authentic responses from candidates, you need to put the same amount of effort into your queries. You have to dig deep to get a sense of the candidate’s true character.”

Although landslides are natural phenomena, their occurrences are influenced by human activities. In the US, landslides are becoming more frequent and severe. Christoph Mertz of Carnegie Mellon’s Robotics Institute is attempting to use deep learning algorithms to detect signs of impending landslides. His project requires a lot of data and cross-discipline collaboration. Experts are needed in computer science, geology, infrastructure, and other fields. Ultimately, Mertz hopes not just to predict and prevent landslides, but also to bring about infrastructure improvements that are related to the issue.

“Landslides are natural phenomena, but many of the conditions that can increase their likelihood are caused by human activity, such as directing surface runoff to an area or altering natural slopes for the construction of buildings and roads”

Even our founding fathers have held the importance of infrastructure close to heart, never doubting its significance in our country. Unfortunately, just turning on the news can provide us with various headlines illustrating how the United States is facing destruction when it comes to our infrastructure’s foundation. Although President Trump has indicated that this issue is one of the easiest to tackle, experts are making it clear that this is an important part of legislation, and that it should not just be a running joke among those in office.

“Since our nation’s founding, our leaders have addressed the importance of infrastructure.”

The trend of coworking spaces originally came to light in the media through several popular movies and television shows, and now our modern culture has adapted it in everyday life. According to psychological studies, there are three reasons why people are attracted to coworking spaces. The first of these reasons circles around the flexibility that they provide. The second most sought-after feature associated with corworking spaces is the heightened level of autonomy. The third desirable characteristic is feeling a connection to your community.

“According to the team’s research, the appeal of coworking spaces can be boiled down to three key factors: flexibility, autonomy, and connection to a meaningful community.”

Climate change has been heavily impacting our nation, and those in rural areas like Maine are not exempt from its effects. Although Maine has been putting forth several rigorous efforts in an attempt to increase sustainability levels, the year of 2018 showed an all-time high in emissions. These negative effects of climate change can unfortunately lead to harmful situations such as late frosts that have detrimental impacts on the times plants bloom, causing them to cease.

“Tethered to the mainland by a thin thread of causeway and an 80-year-old bridge, this small town also faces rising seas that threaten infrastructure – including the town pier and a waterfront fire station”

History has shown that most companies are great at collecting consumer data within their industry, but that doesn’t necessarily mean they know what to do with it. Figuring out how to present the data within your company is just as important as collecting the data in the first place. You want to ensure that you’re presenting your collective data in an engaging and intriguing way to senior management within your company so that they take your findings seriously.

“Most companies have about 7-10 “real people” who can actually do anything or approve something. Those are usually men, in their 50s/60s, who have been fed/presented information in a very specific way for two-three decades.”

We have seen highly dramatic advancements in technology when it comes to water security and water management, and those advancements also have an effect on humans and ecosystems. Increased technology has improved the security of the nation’s water resources via the use of drones and wireless internet. Smart water meters and pipeline leak detection devices are also great for our home to prevent leaks and unhealthy water from being consumed. Finally, artificial intelligence is becoming very beneficial towards water security as it will allow for digital data to be created and shared which will protect our water supply and lead to more efficient management.

“Beyond smart technology, research and technology advances in the 21st century have led us to the era of cybersecurity and artificial intelligence with important applications in water security and management.”

There are many things that we can do to keep our employees striving for high goals but also making them attainable. Use the SMART system which means that these goals will be specific, measurable, attainable, realistic and time bound. When giving an employee a goal, think about their past performance so that you understand what they are realistically capable. You can help set your employees up for success by instilling confidence in them and keeping them motivated towards reaching their goal.

“Attainability is literally at the core of a SMART goal. In fact, a goal can only be attainable if it has the other qualities demanded by the SMART system. That is, attainable goals are necessarily specific, measurable, realistic, and time-bound.”

Outplacement is becoming more and more popular in the workforce nowadays as big companies and tech companies are starting to employ it. Outplacement services are simply when a company hires an outside service to help employees leaving their company with the transition to another career. These are usually implemented to help keep a companies reputation positive by former workers so that they don’t leave negative reviews on websites like Glassdoor. These services are usually apparent in bigger companies as they have the budget to afford them.

“Outplacement can soften the blow of a job loss by helping the employee find a new opportunity — sometimes one that even offers higher pay and a better fit.” 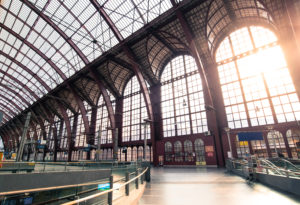 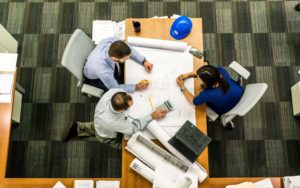 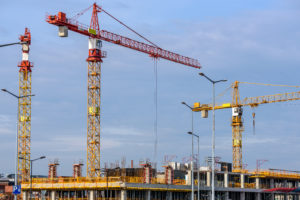